Living in a Toronto suburb had its advantages when it came to ordering my first batch of MMS Milk Paint.  As Homestead paints is based out of Toronto, when I ordered my sample package of MMS paint, it was in my mailbox three days later!  No kidding!  Well, it went in my basement for about a month unopened...Until this week, when I built up the courage to open it up.

Let me back track and give you a little info about my psyche and what type of person I really am...

I'm the kind of person that:


Anyway, as I didn't want my box of milk paint to haunt me, I conquered my inner sloth and ripped that sucker open!  It was like Christmas!  So much fun to order a whole package. 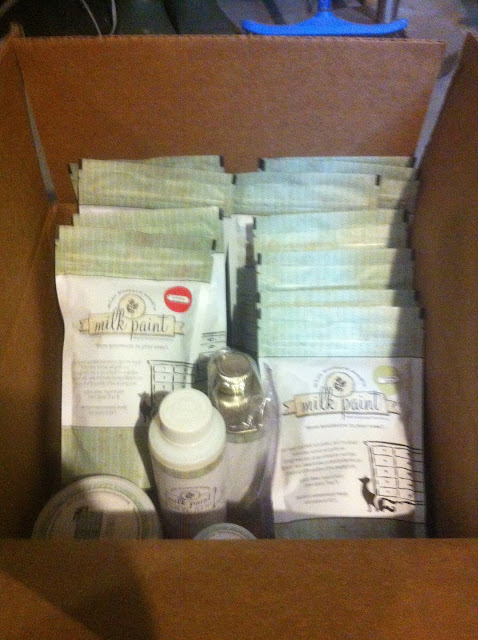 So I decided it was time to makeover this little beauty with my new paint. 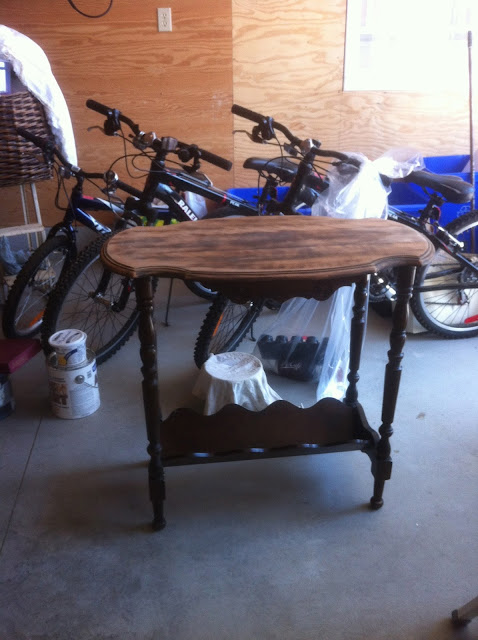 I sanded the thick finish off the top because I didn't want the milk paint to peel off the top. I wanted a good adhesion. 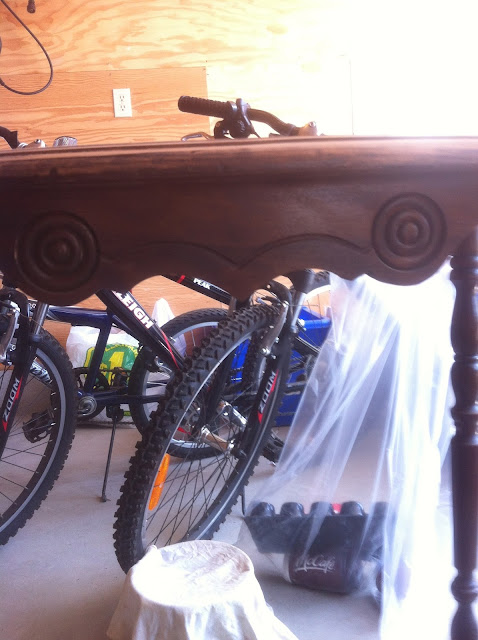 Its a very simple table with nice details. 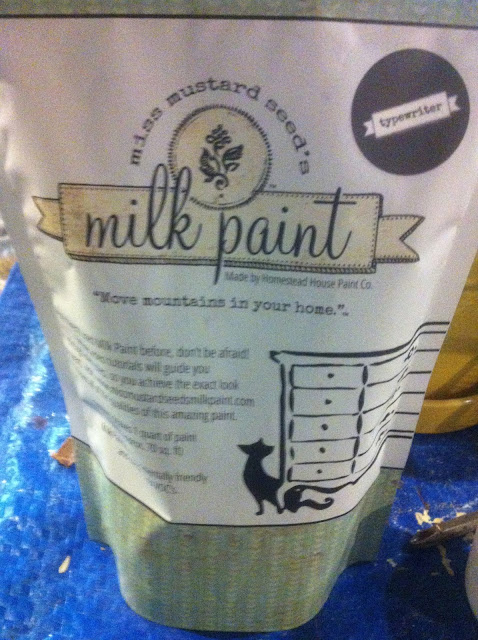 I decided on Typewriter, as I really like the look of dark charcoal paint with dark wood exposed underneath.

As I said previously, I don't really like too much chippy/peely so I added this to it: 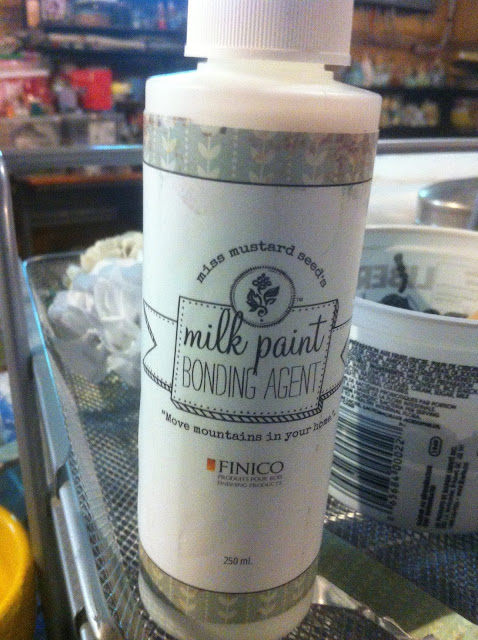 And I followed all the instructions, especially about all the mixing... 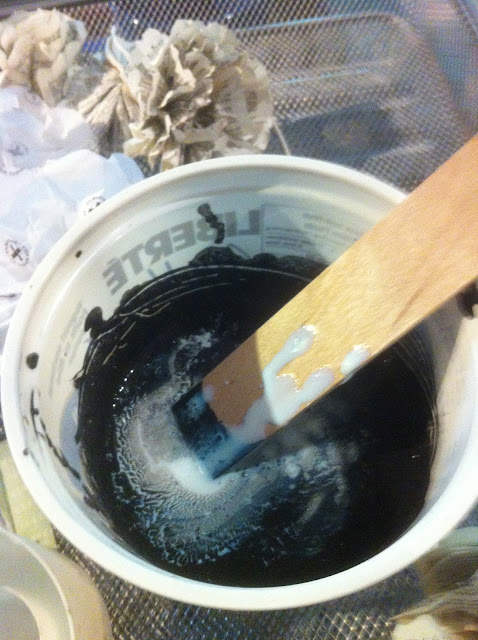 The white is the bonding agent (which smells a lot like school glue).

It was a bit thin, definately thinner than Chalk paint, but the bonding agent gave it body, and it painted on easily enough.  However it was a bit runny and I had to go over areas to fix the runs/drips, but you can't catch them all... 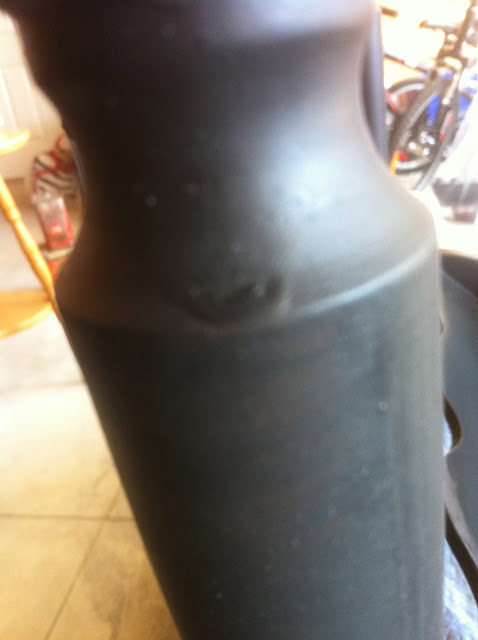 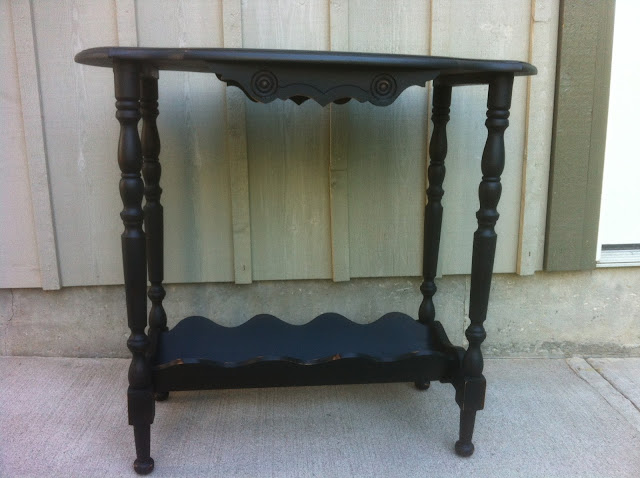 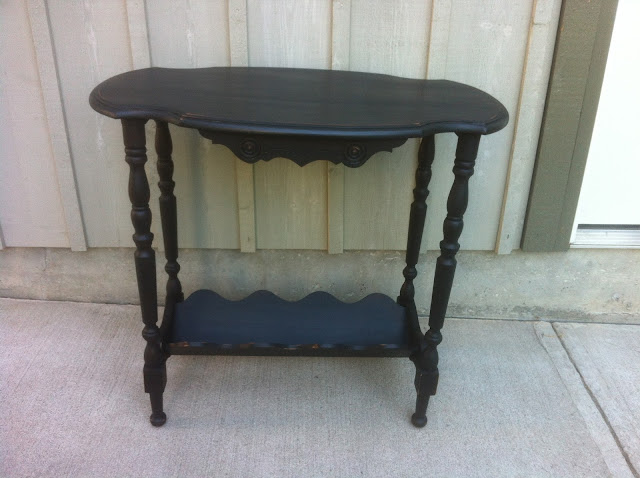 It was a like/hate thing...before it dried, I thought that I would stick to ASCP once I had used up my MMSMP as its not cheap, but once it had dried, it had the nicest, smoothest finish ever!  I loved the way it smoothly coated the wood.  There was just two problems... 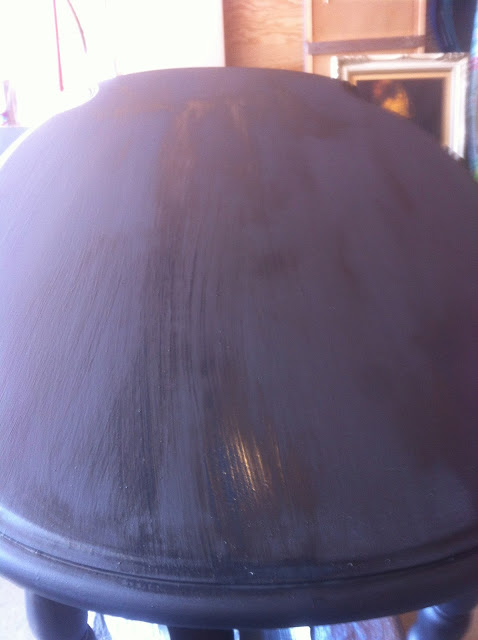 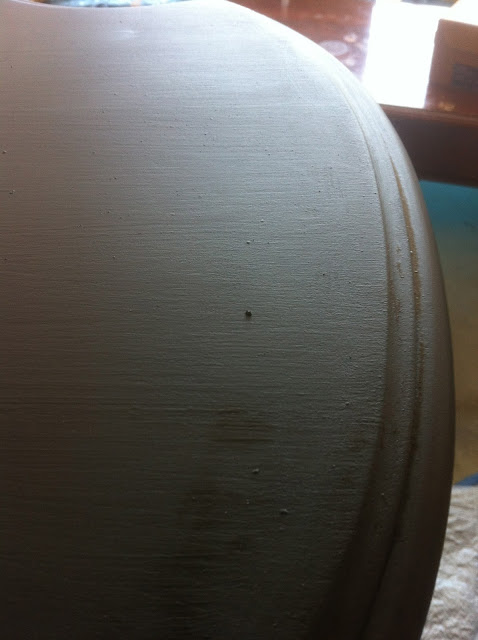 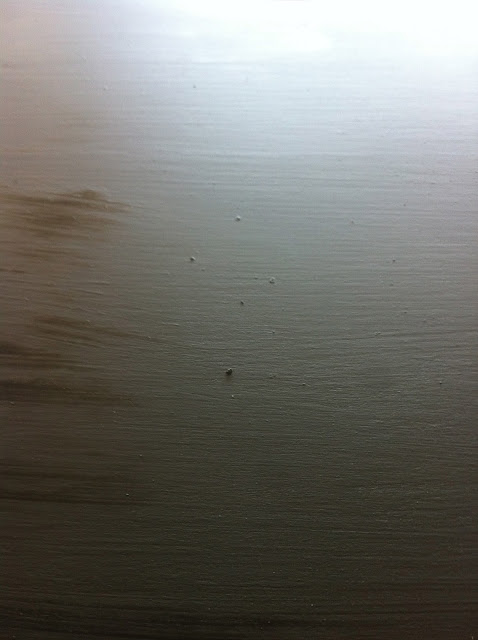 Overall, I liked it quite a bit, but now I'm anxious to paint without using the bonding agent to see if it makes any difference! 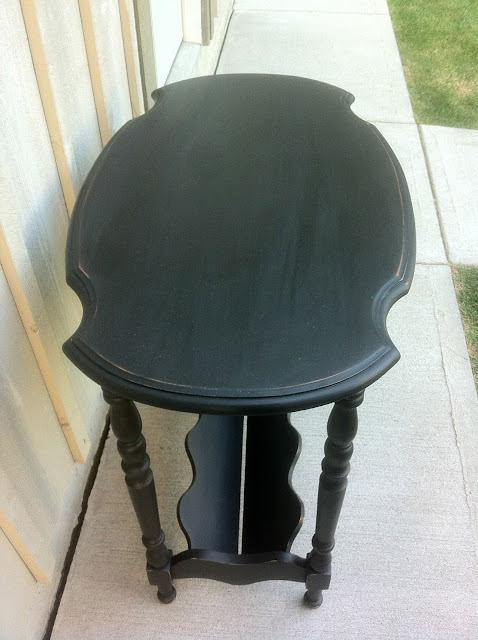 Have any of you who have used MMSMP or any other brand, had any issues like the rubber balls or white specks?  If so, please let me know what you did.  Thanks :)

Sharing with these great blogs: