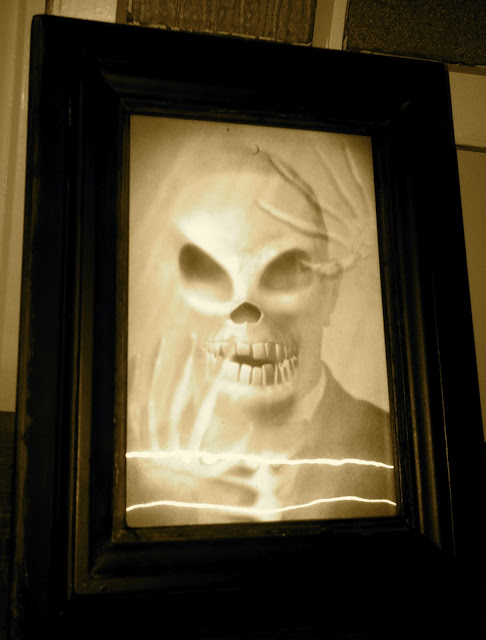 Since we've been back home from Ireland, I haven't been able to catch up with my house work and kid obligations long enough to create anything to blog about.  If I don't create, I feel like somethings missing from my life. I'm not talking about creating a master piece of any kind, just creating. Painting furniture, walls, canvases, crocheting, baking, anything really.  However, between getting the kids uniforms and back to school stationery ready, there just wasn't time for anything.  Then, the second last week of August, my youngest had two auditions.  The following week, she had the callbacks for both, and lo and behold, she landed both commercials!  One filmed the first week of school, and the second one filmed on the second week of school!  She thought she was the luckiest girl in the world!  Imagine missing two days of school on the first two weeks of school!  Both are for Canadian air play, but one is for an international furniture company ...which sells meat balls...The second one was for a poultry company and filmed in a supermarket near our house (bonus!) but here's the catch...her call time was for 10 pm!  They can keep her on set for 8 hours, plus an hour for lunch, so a total of 9 hours.  Fortunately they let us go home at 4:15 am!  She was so sad!  She loves doing this so much, even at 4 am she didn't want to leave the set!

Anyway, that was last friday morning, and today was the first chance I had to make a wee little low labour craft.  I mean I have a garage FULL of furniture I'm going to paint (promises,promises), but as I only had about 45 minutes before I had to pick up the kids...no paint rollers in the cards for me.

I had bought those ghoul 'photographs' you see in the shops at Halloween.  I bought them from Dollorama for a dollar each. 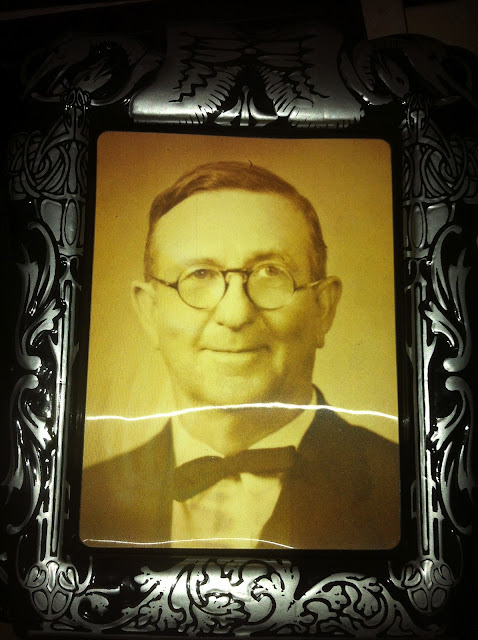 Then I bought two nice black frames from Winners for $10 each. While it was a bit steep for Halloween, I'm going to use the frames for other photos afterwards. 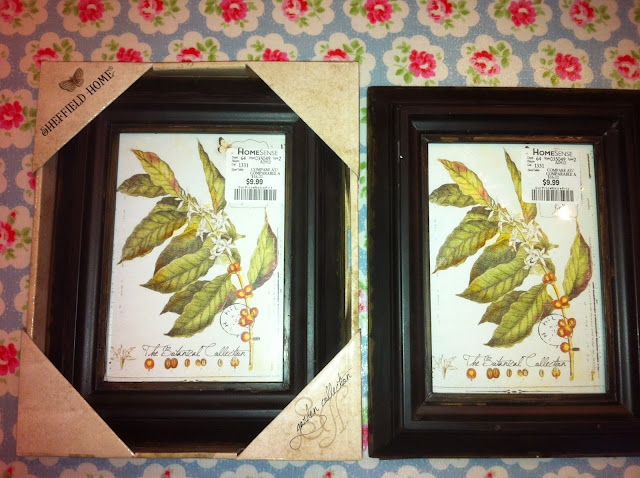 Then I just trimmed the yucky cheap plastic frames off the ghoulish photos... 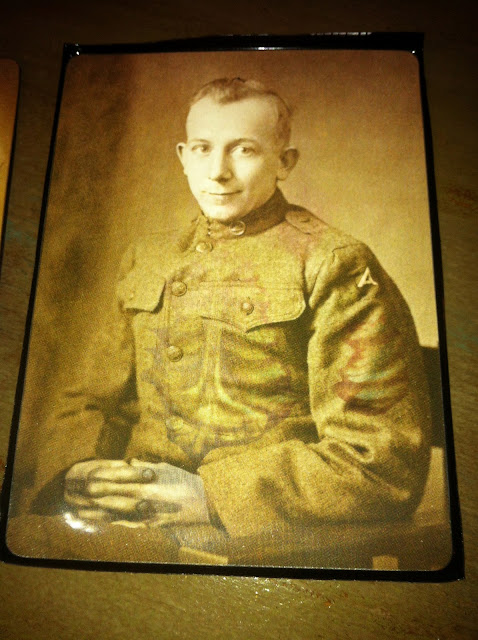 ...and then placed them in the nice frames! 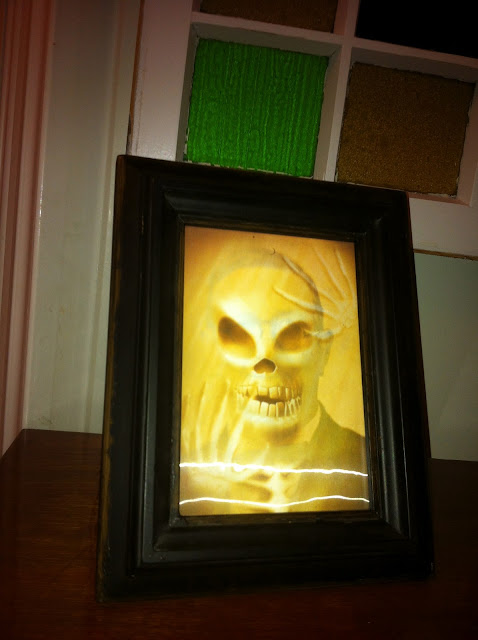 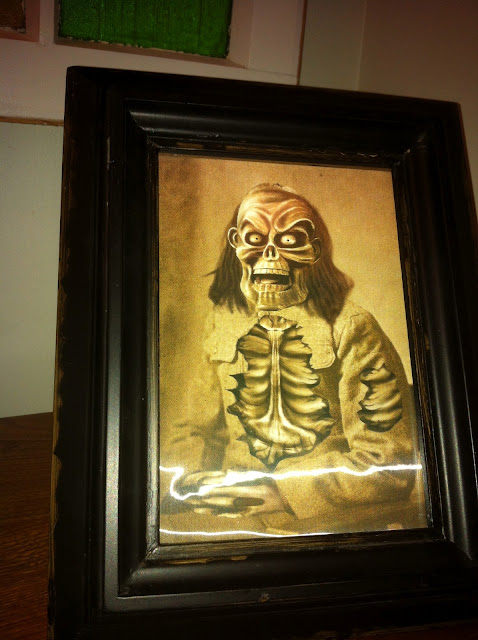 Ghoulishly creepy, huh?  Imagine them on the wall!  I think the real frames make all the difference.  While they are a great idea, the plastic frame it comes with is just to cheap looking to make it look creepy.  What a difference! 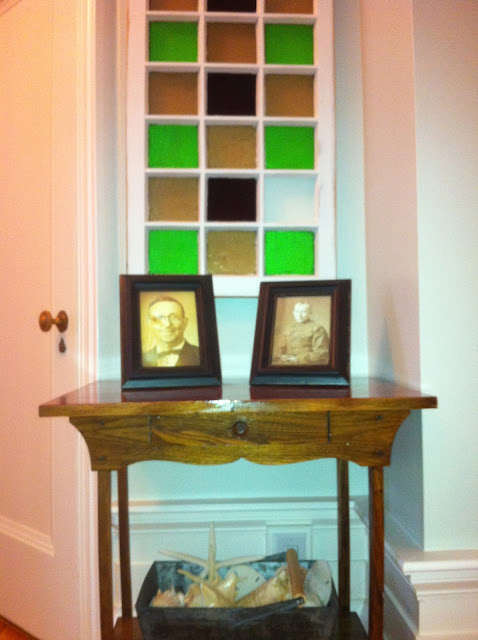 The house isn't ready for Halloween yet (way to early!)so they look out of place. I'm going to put them away for another couple of weeks! 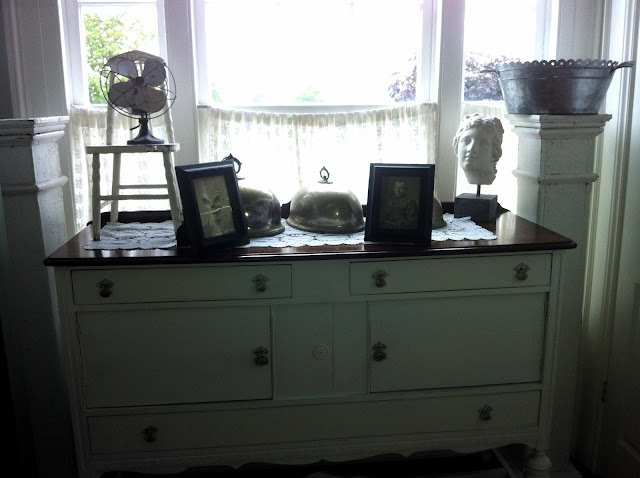