Well it was a great trip, and my kids have made seen so many things that they never dreampt they'd ever see!  Also, our second week was my husbands 'BIG FAT IRISH FAMILY REUNION'!!!  It was a blast!  However it didnt start off so wonderfully...

We drove 10 hours from Toronto to JFK airport to get a direct Aer Lingus flight to Dublin.  Air Canada flies directly to Ireland but they are a very allergy unfriendly air line.  We ask that the airline not serve nuts during the flight (in a meal is okay, as we dont eat the meals) because when you open a package of nuts, the dust gets into the airlines sealed cabin.  People with severe peanut/treenut allergies are usually affected by airborn allergens.  So, simply the act of a few people opening nuts in a plane can trigger a deadly reaction.  Aer Lingus has always been gracious enough to announce to the passengers that there is a child with severe anaphylaxis on the plane and asks them to refrain from opening nuts during the flight.  While some people resent this, most people understand and dont want to be the cause of a childs death. Aer Lingus accomodates the allergic.  LOVE AER LINGUS!!! Air Canada, not so much! 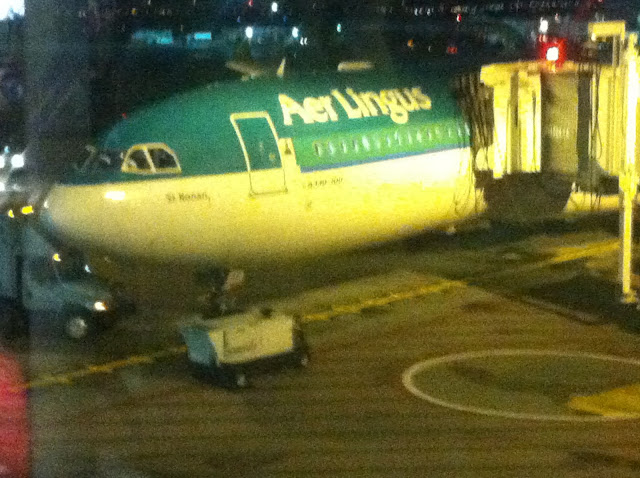 Driving 10 hours and hanging around the airport for 6 hours was easy peasy!!  The hard part was when we arrived...

We had rented a self catering cottage from a company we'd used before.  We booked our cottage 7 months ago but two months ago they contacted us to inform us that the house we had booked was removed from the market.  So two months prior to our trip, we had to find a new cottage. As you can imagine, only the yucky ones left. To make a long story short, our cottage was YUCKY DIRTY GRIMY ILL EQUIPPED! Wont say anymore as I'm ticked at loosing all that money.  After drinking myself to sleep the first night, we packed up and left, knowing that we were throwing that money away. We called around, made reservations at a hotel we stayed at in Doolin (County Claire) 13 years ago for the next 5 days. We didnt call the rental company, as we didnt want to ruin our vackay further.  Their website said to speak to the owner to rectify any problems...short of a wrecking ball, no help for this place!

Anyway, next morning we packed up and went to the Aran View Hotel in Doolin.  I LOVE this hotel!  We were there 13 years ago when we were still without children.  Its a lovely building, with nice furniture, and family owned and operated for FOUR GENERATIONS! Not too fancy, but nice, clean, and friendly. 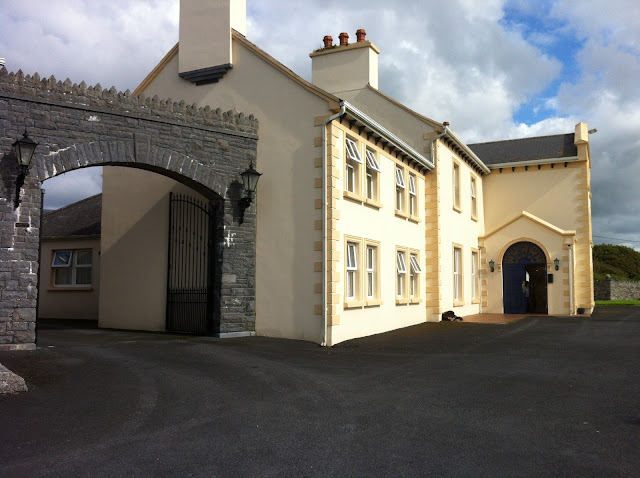 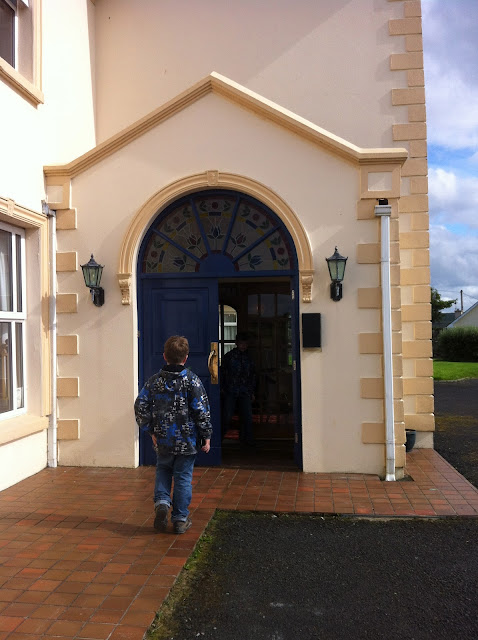 While here, we went to the Cliffs of Moher (Cliffs of Insanity from Princess Bride), The Burren, Inisheer (the smallest of the Aran Islands), Doolin cave (third largest stalictite in the world), Allwee cave, on and on...Each place we went, my kids were awestruck! Anyway, once at the Aran View (5 nights cost less than 5 nights at that dump!) we relaxed and had the best time.  The 7th night was full so we went to visit Sister Magdalene at the convent in Longford (Johns Aunt).  We found a wonderful hotel which was four star and was very close to the town centre.  It was the Viewmount Hotel.  Okay, if you are EVER in Longford you MUST MUST MUST go to the Viewmount!!!  Four star hotel, which costs less than a two star in Toronto, and looks like this (interior of our room and the grounds): 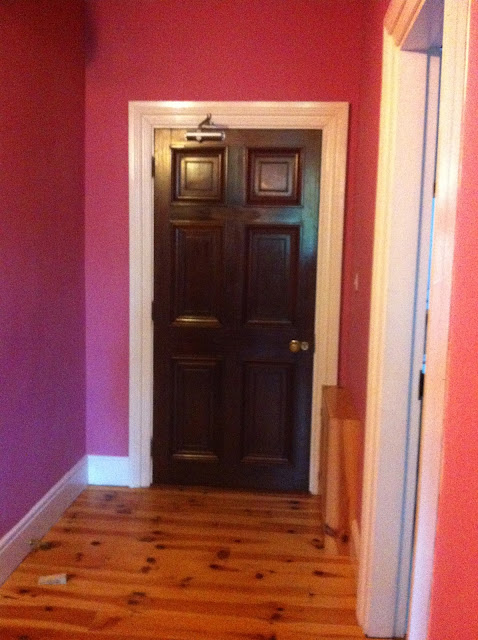 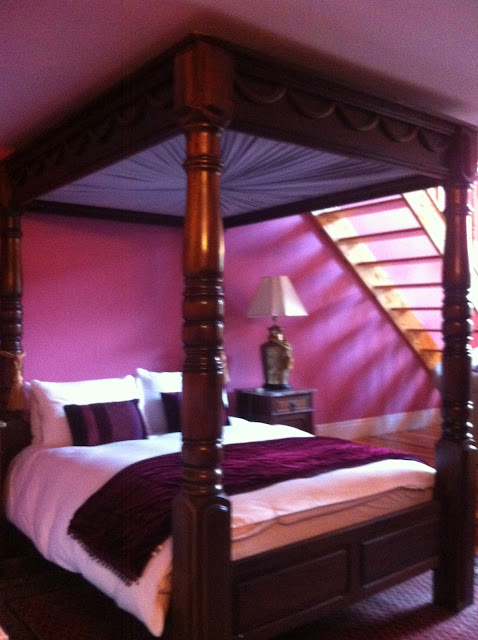 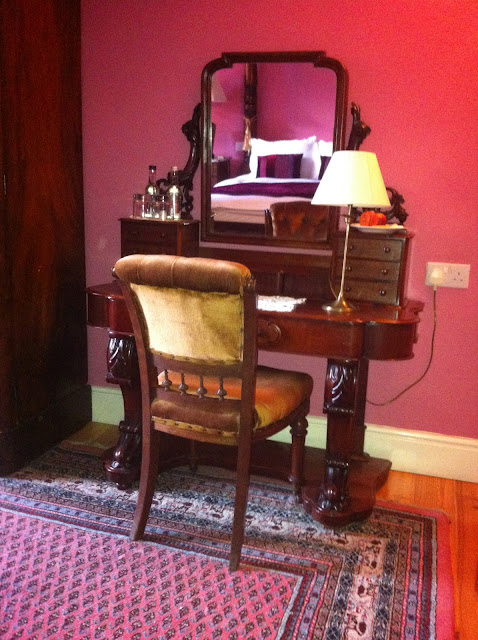 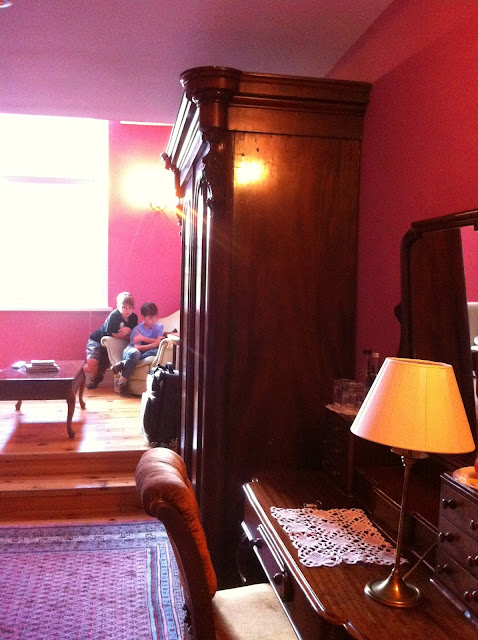 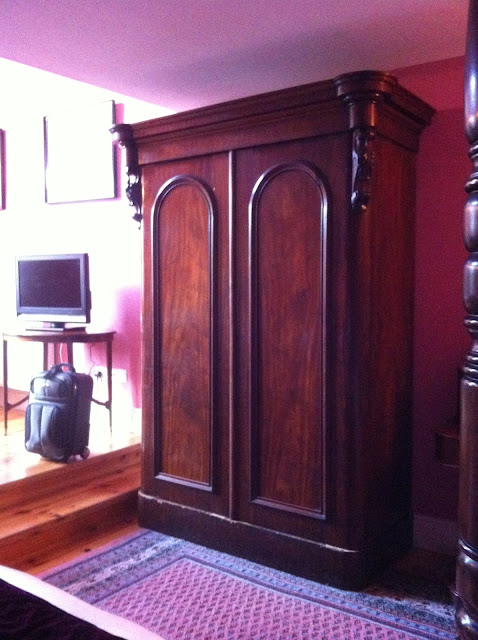 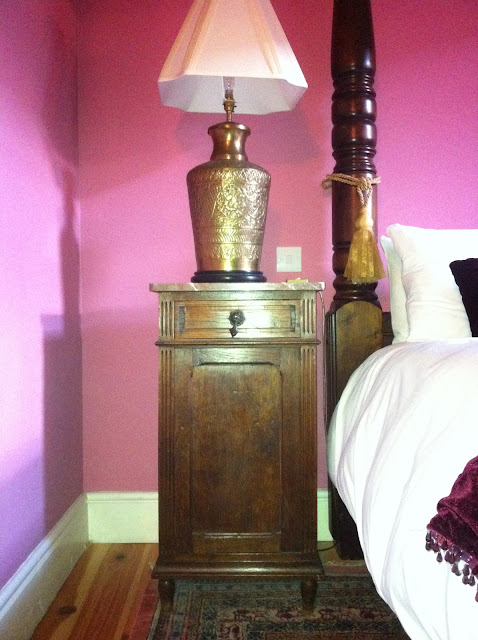 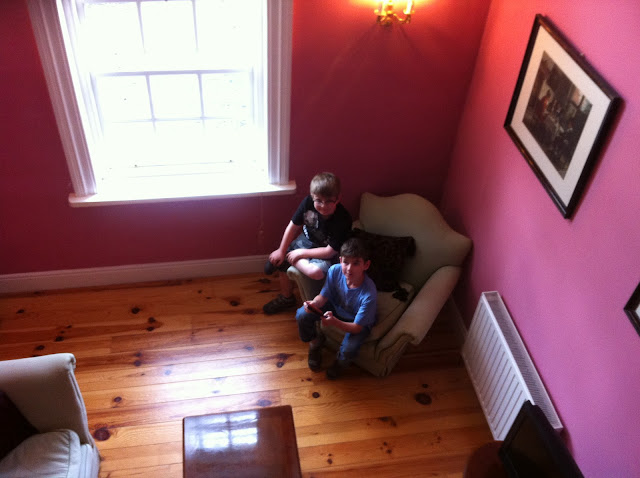 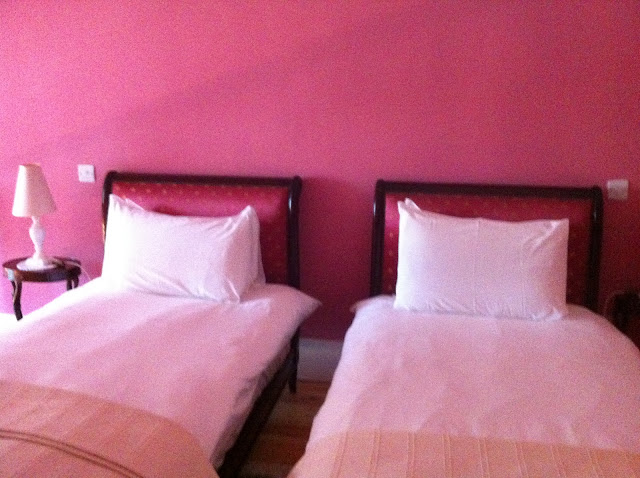 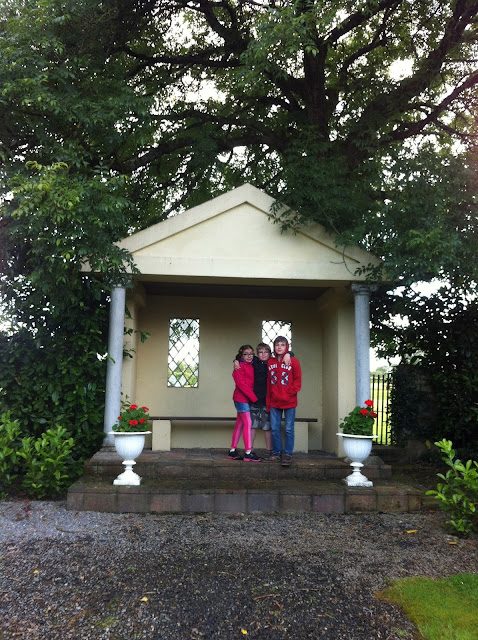 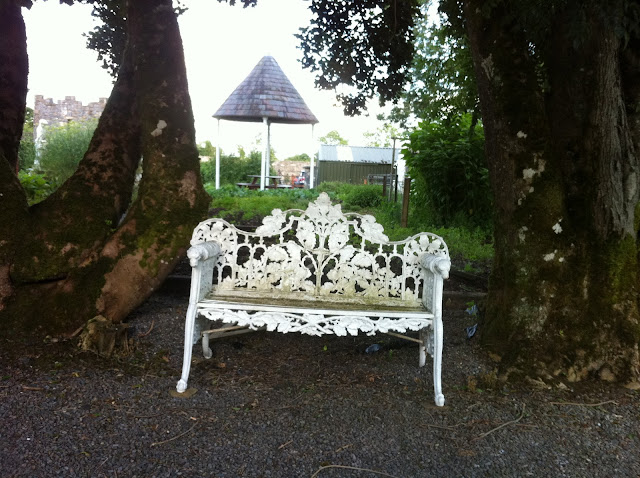 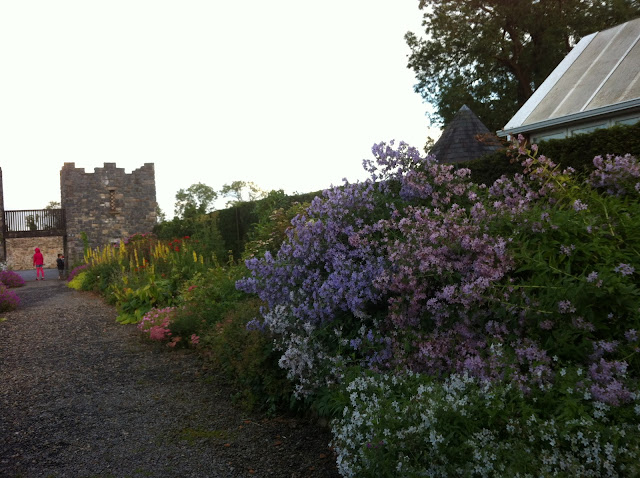 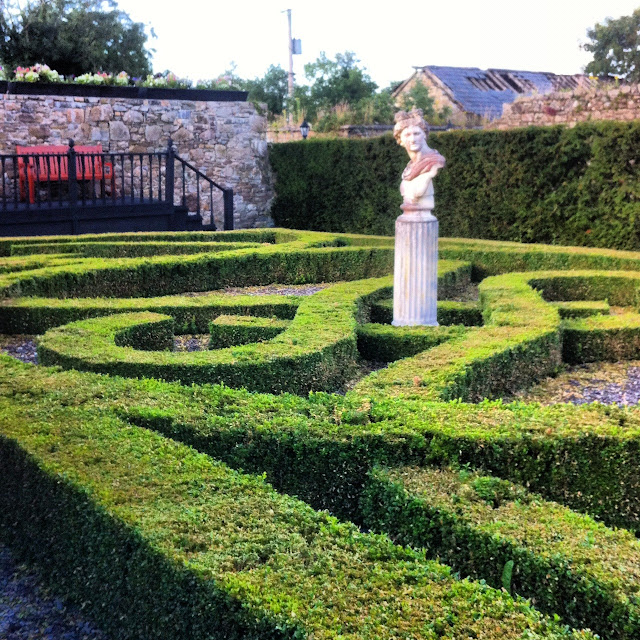 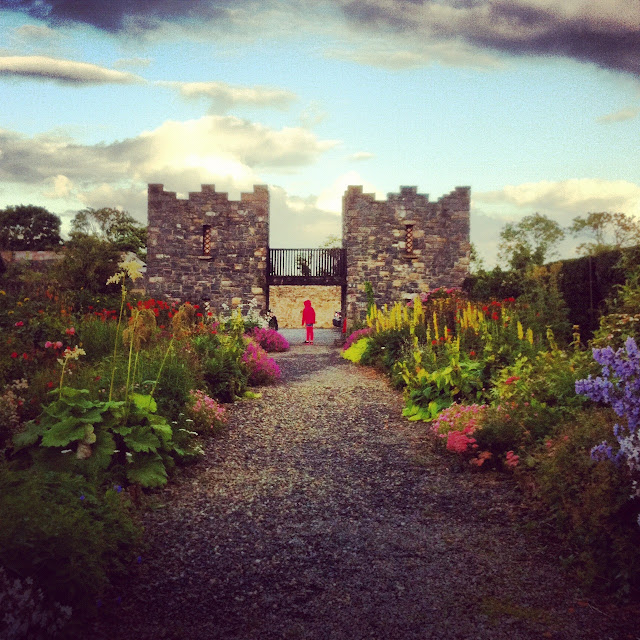 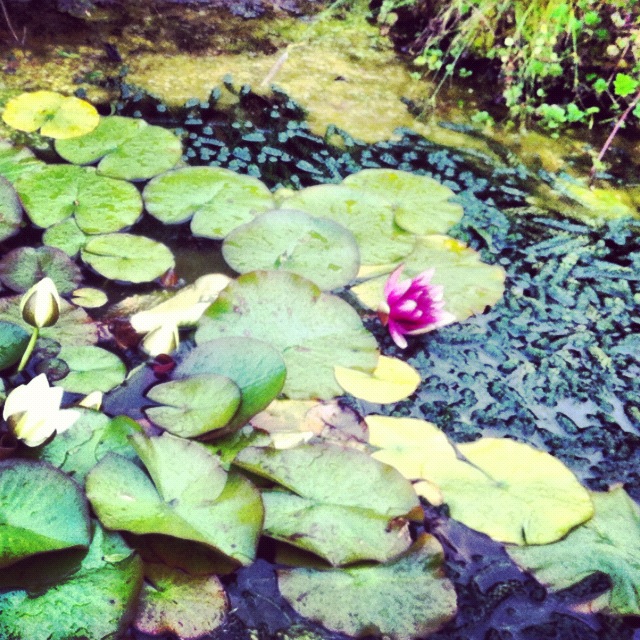 We did so much more, like kissing the Blarney stone, Cahir castle (Braveheart), etc...but we loved going to Cobh (formerly Queenstown).  This was the last docking port of the Titanic before it sank.  We went to the Titanic Experience, which is really quite powerful.  Your ticket has the name of one of the 123 passengers who boarded in Queenstown.  At the end, you see if your passenger lived or died, along with family history, photos.  Very moving.

Anyway, I'm sure I bored you to tears.  I'm drowning in laundry (and more and more laundry).  I've got to get some projects started to blog about!  Take care!  Hope you are all having great summers!
Posted by Loretta Castorini at 8/07/2012